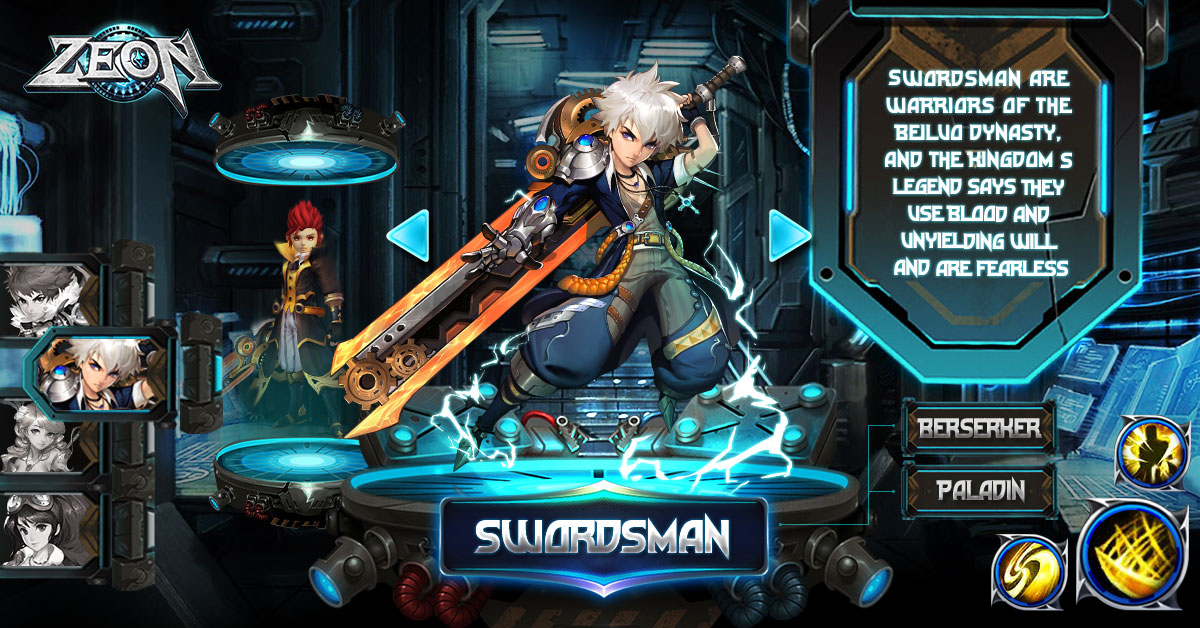 The Swordsman is the crusade warrior of Bello Kingdom. They use their blood and unyielding spirit to create a legend of kingdom.

As Melee Class, Swordsman has higher defence. After class change, players can choose to become a Berserker or Paladin.

Berserker greatly increases the attack power in exchange of lowered defence. Sweeping the battlefield with the great sword, killing around with the cost of life, which make it the best choice for those who seek for thrill in melee battle.

Paladin serves as the only healing class in the game, which can heal and increase attack for the team. The high support ability makes Paladin an indispensable ally of the team and the best survivor in battlefield.

1. Charge: Blink and stun the target.

3. Bloodlust Berserk: Attack with bloodstealing effect and becomes invincible for a limited time.

2. Faith: Increase Attack and Critical for the whole team 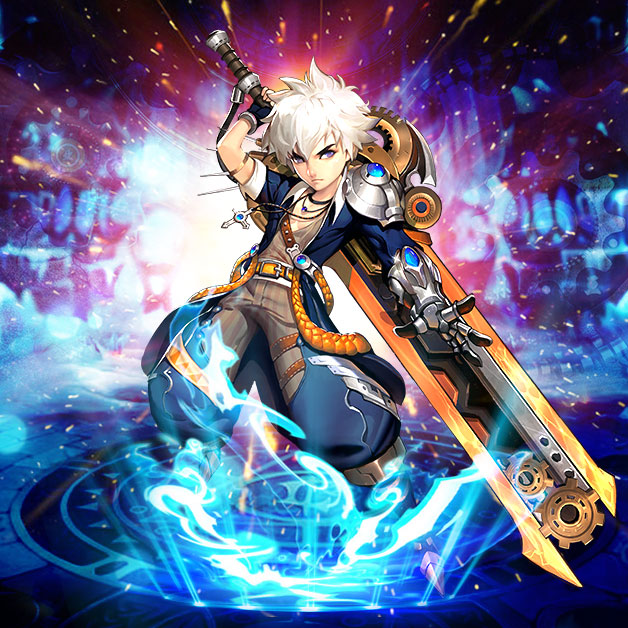