Player can join the Camp War when reaches Level 40. 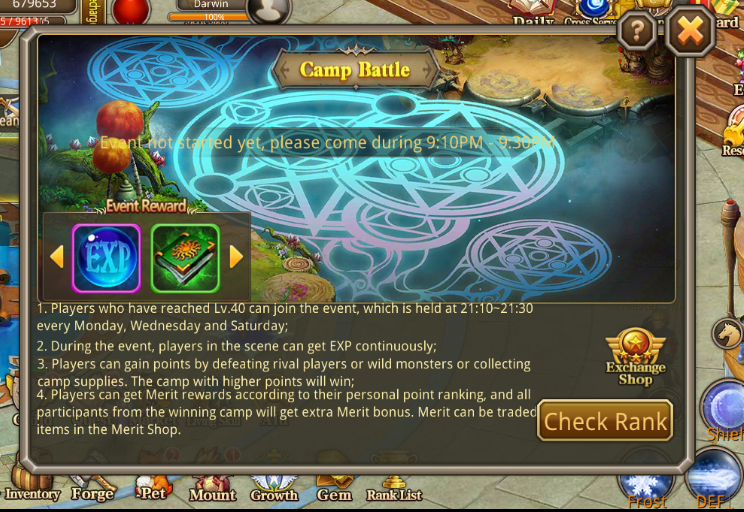 The total credit won by the players will be counted as camp credit.

When the event ended, the camp with higher credit will be the winner.

After entering the battlefield, players will be assigned to either one of the camp. In both camp, there will be a Revive Point, Revive Guard for HP recover, and the Guard for attacking opponent player respectively. It is very safe to stay at Revive Point and recover the HP after revive.

The middle of the battlefield is PK area. The player stay at PK area can receive double EXP constantly compare with Revive and Safe area. The main way to get credit in battlefield is to kill the players from opposite camp and continuously kill opponent will grant rewards. The continuous kill will be reset upon death.

The battlefield target serves as the extra reward other than credit, and can receive corresponding item if reach the requirement.